“Rotorflug is the ideal extension to Heli Transair, after all Rotorflug is specialized in a field which Heli Transair does not serve”, Dirk Herr is pleased to say: “In the field of control flights of power, natural gas and oil high pressure pipelines as well as for example in the fields of bird protection installation and heli sawing operations, Rotorflug has made a name for itself over the years and has found a firm place in the industry, we want to continue this success together and continue growing”.

On the other hand, we will part with less successful business areas and really take off again in the partnership with Heli Transair, promises Georgios Kipros: “After the closure of the air rescue division, we have reorganized ourselves and are now looking forward to a common future with our new partner. This day is a great day for Rotorflug and all our employees and customers, to whom we would like to thank for their loyalty and the trust they have placed in us”.

Rotorflug operates 14 helicopters at eight locations in Diepholz near Osnabrück, Egelsbach and Friedrichsdorf near Frankfurt, Kaiserslautern, Kiel, Koblenz, Mauern near Munich and Son Bonet on Mallorca.

Heli Transair is one of the leading helicopter companies in Germany with its locations in Egelsbach near Frankfurt as well as at the international commercial airport Münster-Osnabrück. Heli Transair specializes primarily in passenger and cargo flights and has its own flight school. The school trains private and commercial pilots and also offers MCC training in its own simulator (FNPT-II) as well as type ratings on the helicopters “GUIMBAL Cabri G2”, “ROBINSON R44”, “AIRBUS HELICOPTERS H120” and the models “A109E”, “A109S” and “AW109SP” from Leonardo Helicopters. 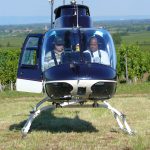 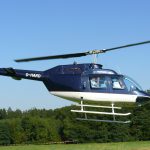 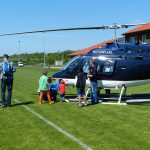 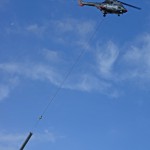